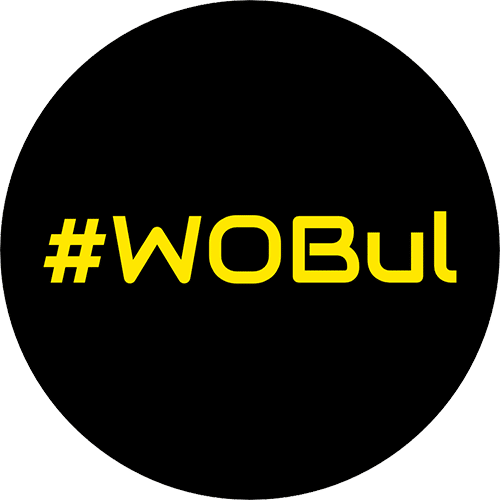 This is the official registration form for the World of Barheroes Underground League (WOBuL). Register now and increase your chance to get a wild card by winning one of the WOBuL qualification battles for the Grand Final at FIBO 2020.

This is the official registration form for the World of Barheroes Underground League (WOBuL). Register now and increase your chance to get a wild card by winning one of the WOBuL qualification battles for the Grand Final at FIBO 2020.

What is the WOB Underground League? (Acronym WOBuL)

WOBuL comprises 5 qualification battles (each 8 male participants). Each battle is dedicated to ONE athlete of WOB League 2019 who is the champion that can be beaten. The winners of the WOBuL battles will take part in the Grand Final WOB League Battle at FIBO 2020. All battles will take place in Vienna in the Team Alpha Bar Gym on Barzflex Bars and will be professionally live streamed. There will not be a big local audience because the focus lies on the online community watching the live stream on YouTube (vibes might be more similar to a jam session).

Dates of the battles

What we need from you

About the Grand Finale at FIBO 2020

There will be a press conference again so please make sure to block all 4 days in your calendar.

5 Athletes will be qualified via the WOBuL. 5 athletes will be invited (winner, 2nd place and 3rd place of WOB League Battles Vienna and Cologne 2019). 6 places are open for online registration. Additionally, there will be a girl’s battle of 8 again at FIBO. The costs of accommodation and travel costs for all athletes will be covered by sponsors for FIBO.

Further details about FIBO will follow after summer. All other WOB League Battles will be announced after summer. They are not affected by the WOBuL.

This was WOB Underground League 2019

WOB Underground League (WOBuL) was a series of 5 battles with 8 athletes each. The winners of the calisthenics competition got a wildcard for the big 16 men final at FIBO (4th of April 2020). For those who don’t know, FIBO is the biggest fitness expo in the whole world and takes place once a year in Cologne (Germany).

What was the idea behind the WOB Underground League 2019?

Basically, World of Barheroes wanted to give unknown, nonprofessional athletes the chance, to proof their talent on an international stage. The five street workout competitions took place in the gym of the Viennese Calisthenics Club Team Alpha Bar which reminds of a “fight-club” like location. It was spiced up with a spectacular light set up to fulfill WOB standards. The competition was mainly livestream focused allowing only a small but very supportive audience. Team Alpha Bar is about to build a grandstand now as well in their gym to turn the location in a real competition arena fitting perfectly for future World of Barheroes competitions.

Each and every one of the WOBuL battles was a success which made dreams come true. It was the perfect way to prepare athletes for WOB’s biggest event at FIBO and allowed them to make experiences with the competition format and the judging system. At the final in Cologne all 5 WOBuL winners will compete against 5 former podium athletes of the past WOB Leagues at FIBO and Bodyweight Day (Austrian sports festival), namely: Daniels Laizans, Engku Ikhwan, Yohan Bounegab, Vitalii Melnik and Kostya Shapoval. The last 6 places will be distributed via online registration.

The idea of a World of Barheroes Underground League will definitely be continued in 2020. It is simply the best opportunity for new talents to get on a big stage and level up in their calisthenics career. Be ready for WOB Underground League 2020, it will be even sicker!

For questions please email us (info@worldofbarheros.com).

05: A Clear Win by the Planche Master

The last WOB Underground League went down on Saturday 18th of January. It was a very tough battle peaking with an absolutely impressive final between the young Spanish athlete Oscar Gamboa (Unlimited Strength Crew) and the Ukraine/German planche master Alex Berinskyy who took the title home. The third place went to the first Mexican athlete who competed in a battle of WOB, Jonathan Texta Muñóz. He had not yet even recovered his jetlag at the day of the competition but still performed on a very high level nailing the creativity category. All three of them were clear favorites of the evening as the champion athlete Dan Rosenberg (Israel) dropped out due to high fever and a virus which he caught in New York the weekend before.

Alex Berinskyy already has a lot of experience in WOB competitions as he already took part in 4 previous ones and judged 3 other WOBuL battles. What made Berinskyy win the calisthenics battle? There is one big point that speaks for him, despite the fact that he knew the judging system probably better than anyone else, his combinations aligned perfectly with the music he had chosen. It was obvious that he had prepared his rounds very well. This is what you need to win a WOB calisthenics competition.

Daniel Hristov is very new to the calisthenics community but brings his big talent on the stage. Having been a gymnast before he started street workout, he is capable of various untypical calisthenics skills which he performs in a very unique style. At WOBuL December the Bulgarian won the wildcard for FIBO agains the Brasilian athlete Thiago Tavares. Tavares is one of the best know athletes from South America and was the other favorite of the evening besides Hristov. It was e very exciting final full of creative combos between two very complete athletes. The third place went to Israel – Ahmad Amun, who qualified via the Frankfurt City Cup (powered by Flythenics) for WOBuL December.

Unfortunately, the original champion athlete Korash Kabir, who is the current national champion title holder from Germany, could not compete. He failed a giant 540 in his trainings and broke his upper leg. Instead of him, Alexandru Muntean, a Spanish calisthenics pioneer jumped in but lost the battle against his first opponent Goku from London.

The French athlete Gaël Margaine qualified the 3rd time for the big final at FIBO. He already took part at WOB League FIBO 2019 and Barheroes 2018. He levelled up a lot since the previous years and is specifically well known for his creative combos and bar dances.  This was also the key to his win. Despite the many high skills that Margaine can do, he outperformed his opponent Asem Marc Bacha (also called “The Doctor”) from Barcelona in the final. The Spanish athlete had already taken part the second time in a WOBuL and the decision was very close. A new-comer, Patrik Cerny, took the third place in the event. He was a true surprise and was widely underestimated by his opponents.

At FIBO 2019 Weedlay Loubli lost his first round against the legend Daniels Laizans. It was great to see him come back in the WOBuL October decision where he also through the first flront flip regrab ever in the Team Alpha Bar gym. The crowd was loud and the performances amazing. In the final Weedlay succeeded against one of the 4 Spanish athletes Samuel Blasco and earned the wildcard for FIBO. The third place was as well obtained by an athlete from Spain, Gabriel Gómez.

What else was special about WOBuL October? The first ever Best Trick Contest was held. The Best Trick Contest is an idea originally coming from skateboarding which allows athletes to perform one single trick. It is meant to engage them to try crazy elements that are too risky to throw in a battle but are a lot of fun to watch. There were two categories: strength dynamics/statics and dynamics. Yarin Cohen impressed with his dislocate geinger and Balasz Vargiasy dominated with his slow assisted one-arm Hefesto!!

The first WOBuL in September was the kick-off of a new series of events. This very first battle was between very new faces to the World of Barheroes. Except for the champion athlete Tamerlan Mirzhuev all athletes were taking part for the first time in a WOB freestyle calisthenics competition. Furthermore, the first place was achieved by the original back-up athlete Julian Rochet from France, which nobody would have expected. The French plancher won the final against Barnabas Molnar, a Hungarian all-round athlete and safed the very first wildcard for himself. Julian dominated the competition with pure strength combos which he performed perfectly to the music. In the semifinal he kicked out Asem Marc Bacha from Spain, who then took the 3rd place. 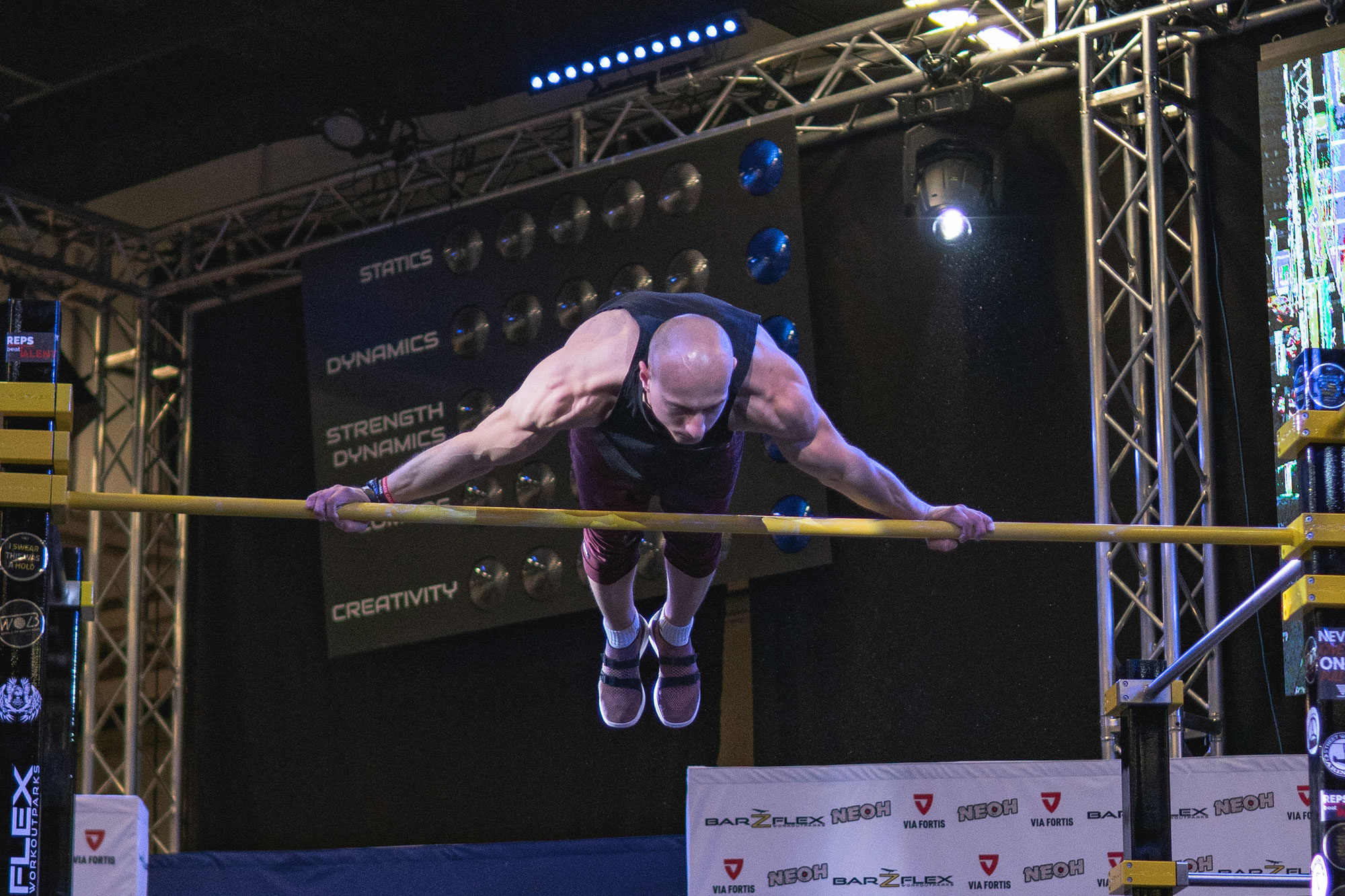 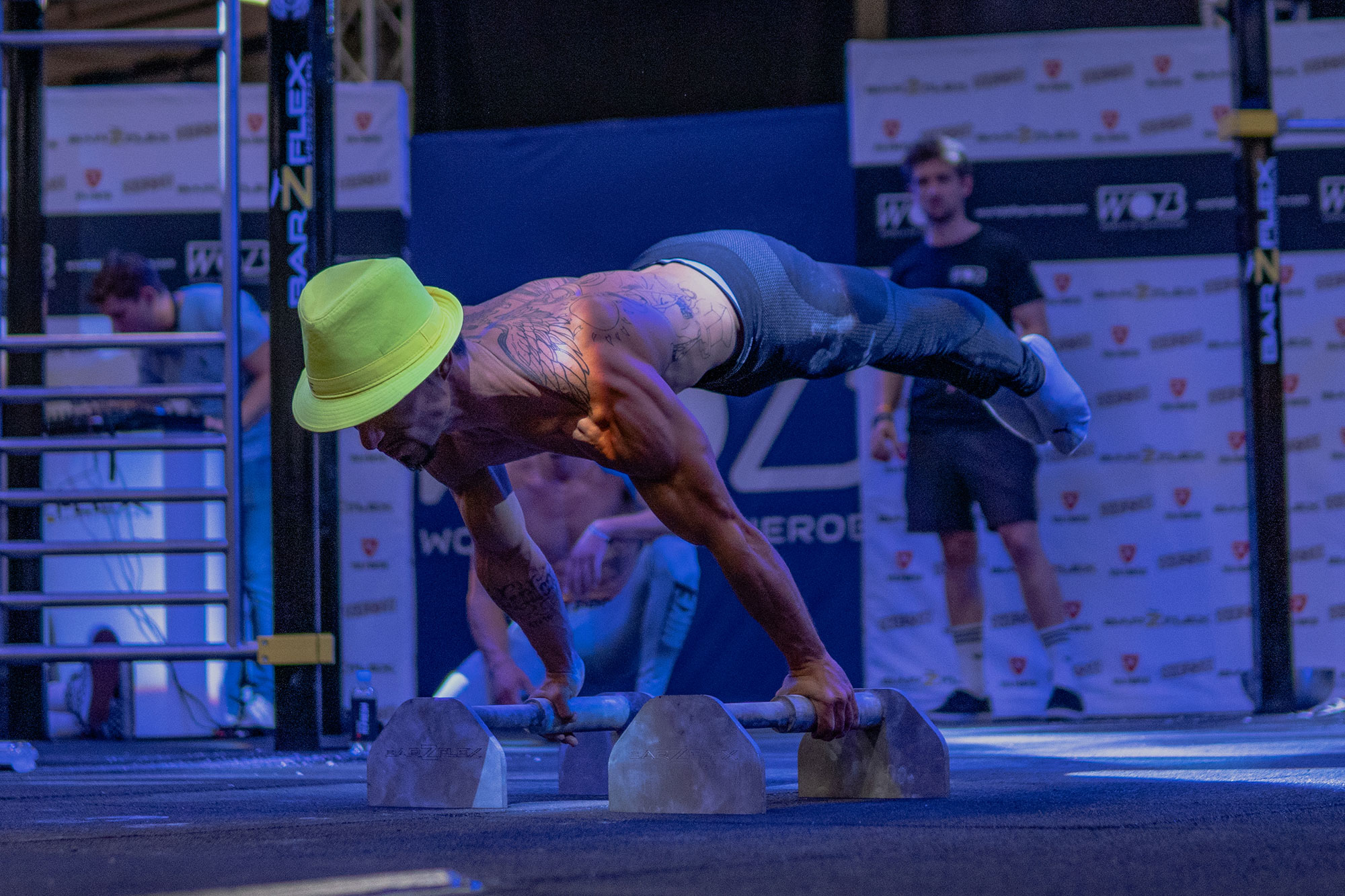 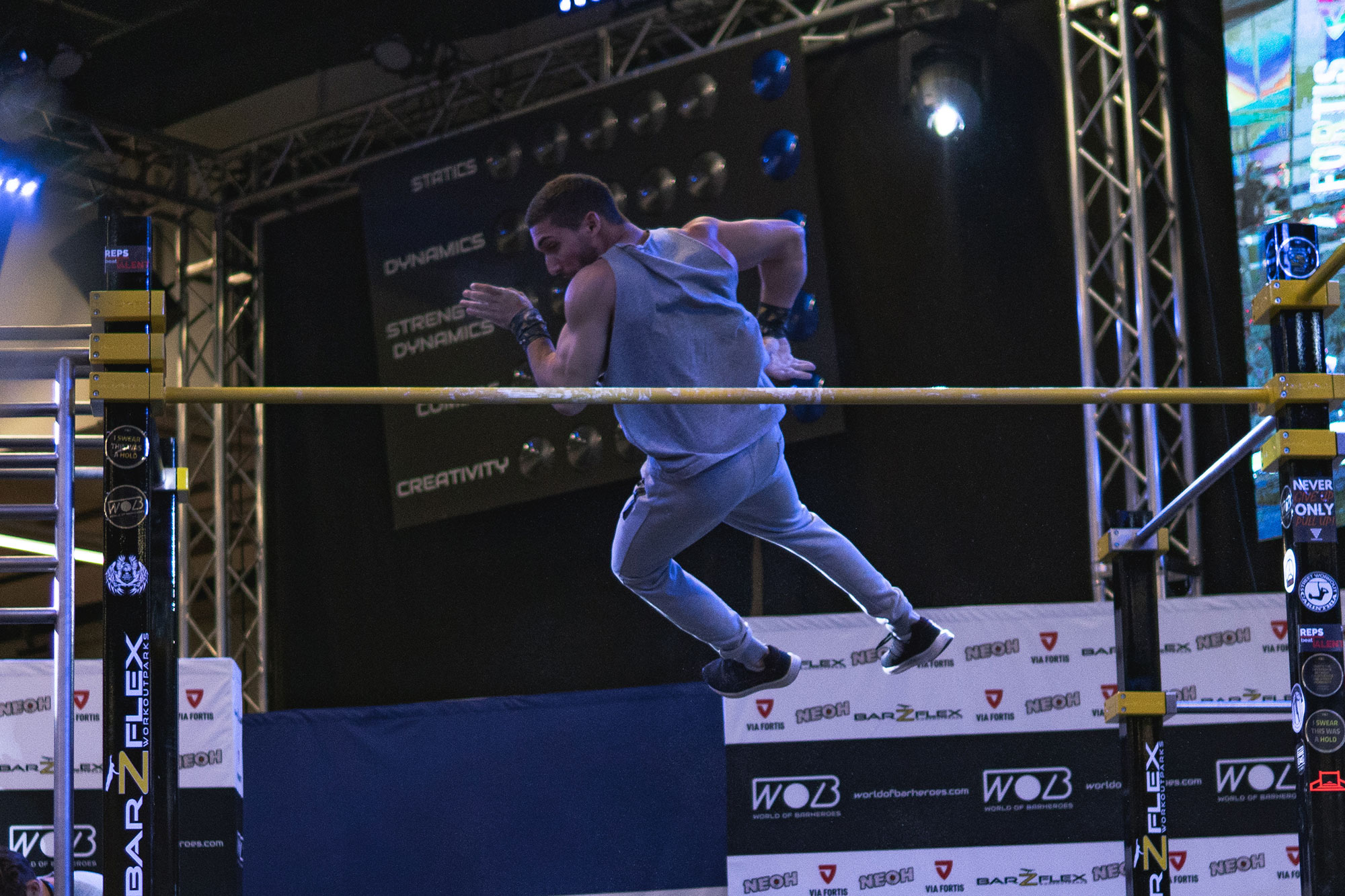